NOTE: This system is discontinued in Fall 2018 due to no usage.

The CS Department’s desktops mostly run Linux OS for its education needs. However, sometimes the need arises for applications that run on Windows only. Since this need is rare, CS is providing a Windows Remote Desktop server named Stratus.rutgers.edu which is available from inside RUNet only. To access it from outside Rutgers you will need to connect using university  VPN first.

Stratus.rutgers.edu is only available to CS Faculty and CS majors who need to run Windows-specific applications. We currently have 25 concurrent licenses. The license on this service is limited for education purposes and is not to be used for administrative purposes.

The best way to connect to stratus is to use Remote Desktop Clients on Linux. There are plenty of RDP clients on Linux like Krdc, Remmina, FreeRDP and rdesktop. For this document, we will focus only on a program called: rdesktop which is commonly installed on most Linux machines.

If you are using your own Linux computer, you can install rdesktop as follow:

To install rdesktop on RHEL/CentOS Linux, open a terminal and enter:

To install rdesktop on Debian/Ubuntu Linux, open a terminal and enter:

To connect, simply enter from a terminal:

which will open a window below. 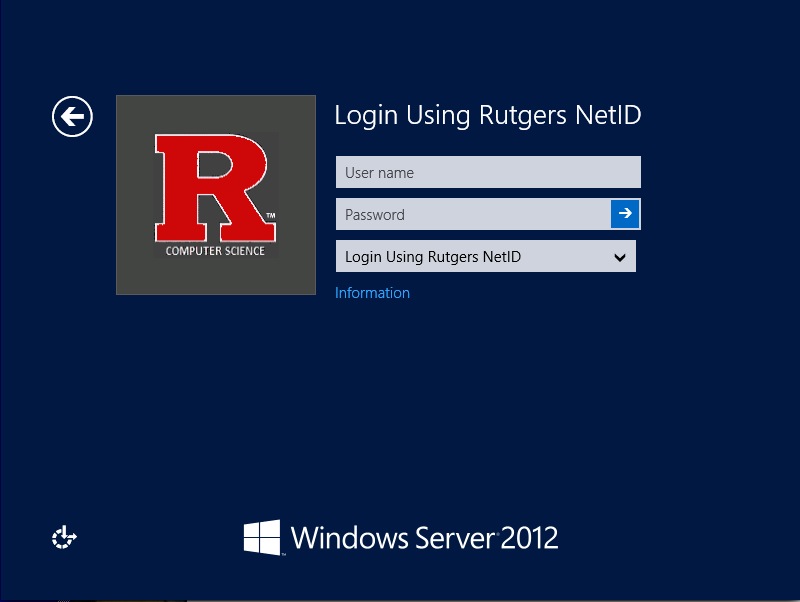 To login, Enter your NetID in the User name field and your password. Please remember Only CS Major or Faculty, you will be able to access this resource.